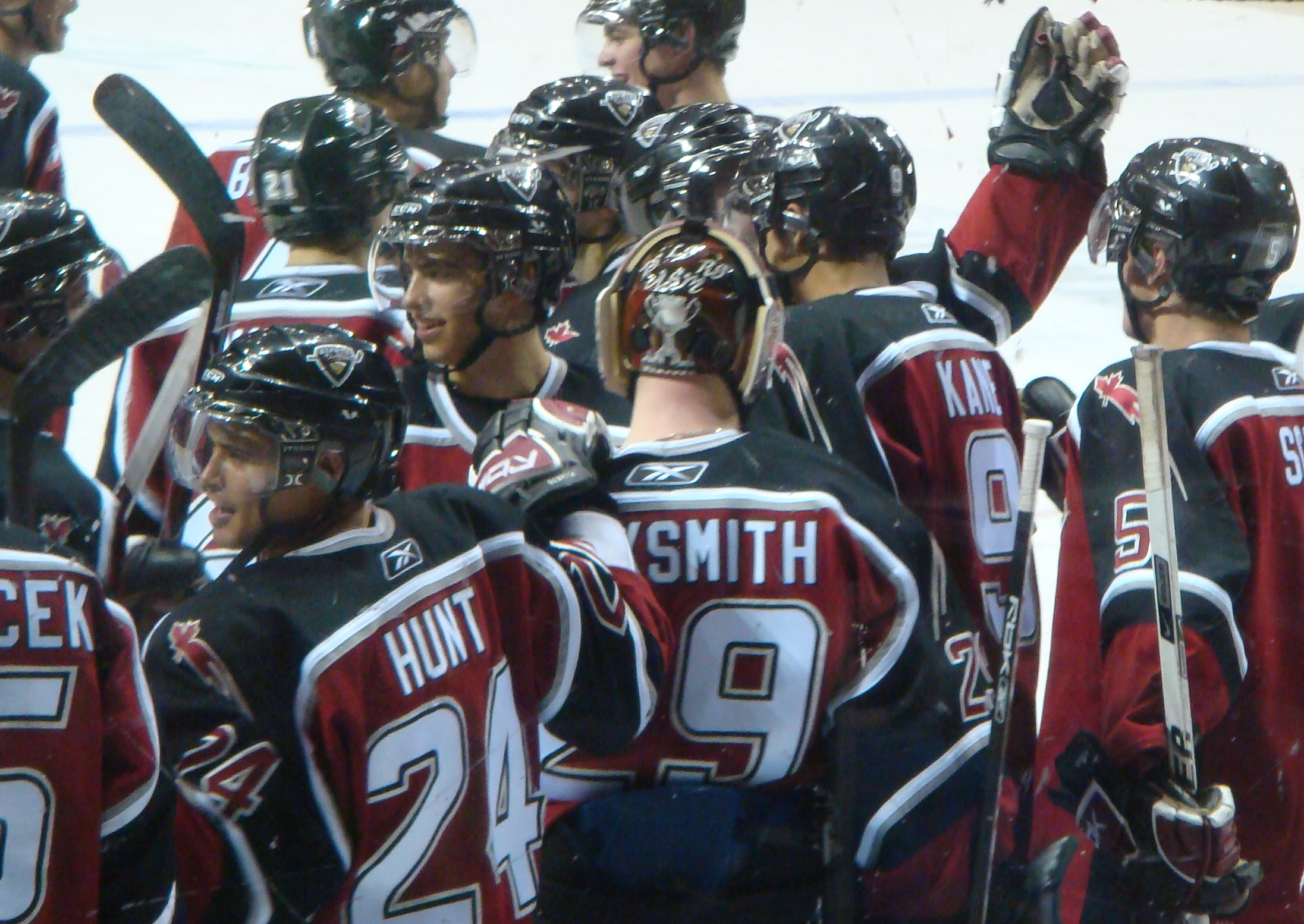 On Sept 11, 2012, with an NHL lock-out looming on the 15th, the Vancouver Giants Hockey Club approached Peak to see if there was something we could do to position them as “Vancouver’s hockey team.”

We quickly met and proposed a “Re-discover Your Giants” campaign before the lock out actually started. We suggested offering Canucks fans a discount for the first three Giants’ games on Sept 21, 28 and 30 and a 20% discount on all merchandise just by showing their Canucks Member Cards. This evolved into a 20% discount on all red seats at the Pacific Coliseum – or $15 per seat, which was offered to all hockey fans.

We knew there would be many sports and news stories about the effects of the lockout so we wanted to bring a positive story to media. We called a news conference for Monday morning, September 17.

The Giants majority owner Ron Toigo announced the deal and why Giants Hockey was such a good value this year. He also introduced the new retro sweater to a dressing room crowded with media.

We arranged for 20 comp tickets per game to use as prizes to run on hockey blogs including the Canucks Army. In addition to running the news of the Giants discounts, they have awarded ticket prize packages to people who answered Giants-related trivia questions on a variety of social networks.

The result: thanks to earned media, the Giant’s integrated marketing campaign surpassed the expected sale of 5,500 seats for Friday’s game.  According to the Vancouver Sun, the Giants played the Victoria Royals before an opening-night crowd of 7,812.