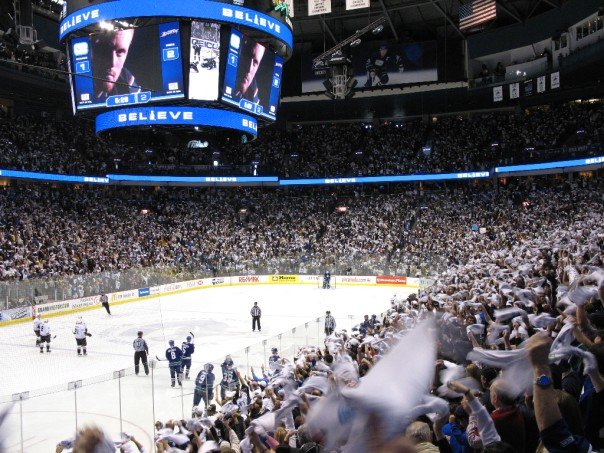 Fifty-eight per cent of Canadians have no interest in the two sides reaching an agreement in the National Hockey League dispute, according to survey results out today.  The telephone survey by NRG Research Group and Peak Communicators was completed between December 11th and 16th in six regions across Canada. It includes the responses of 801 individuals.

The survey results, which come out a week after the NHL announced the cancellation of games through to December 30th, also found that 25 per cent of Canadians don’t believe the lockout will be resolved in time to salvage a season.

“Canadians are clearly becoming disillusioned with the dispute process,” says Brian Owen, CEO and founder of NRG Research Group. “A large majority of us either don’t care about a settlement or don’t see an end in sight to the negotiations.”

The survey was conducted in both official languages. A survey of 801 people provides results with a confidence interval of +/- 3.5 per cent 19 times out of 20.