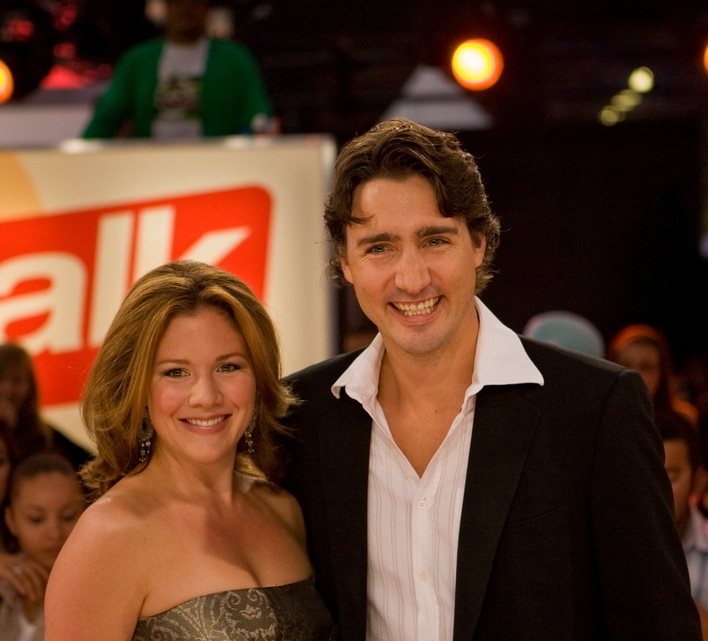 A recent CTV interview with Sophie Gregoire-Trudeau filmed days before the Canadian federal election, reveals much about the woman who stands “shoulder to shoulder” with the newly sworn in Prime Minister. The interview was not only a window into the family’s core values, it also revealed why she’s a rising media star.

Across generations, Sophie Gregoire-Trudeau has struck a chord. She carries the type of authenticity that doesn’t require age to connect.

In watching the interview, it’s apparent that Sophie’s style of openness and ability to make a connection with people is precisely what makes her so appealing and relatable. You see she’s human.

At Peak we often prepare our clients for media interviews. Whether it’s for print, radio or TV, interviews can be intimidating if you’ve never been put in the hot seat.

Through media training, we help people feel confident and in control of their conversation before they speak with media. There are a few things we could learn from Sophie’s CTV interview. Here’s what she got right.

While the media may ask the questions, it doesn’t mean they dictate the conversation. In fact by knowing your key messages, which is an essential statement, thought or idea you want to get out in your interview, you remain in control of the conversation.

For Sophie, her key message throughout the conversation was that regardless of what changes around them, “within we’ll stay the same”.

By keeping her language simple, short and without jargon means her message is easy to understand.  By doing so, Sophie adds more power and credibility to her response.

Here are a few sound bites, which reflect her key message:

“whatever things you go through, you stay true to who you are, and your core values”

While none would mistake Stephen Harper for talking like a human (watch him talk about his love for TV shows), Sophie speaks with a natural tone, and it never sounds like she’s reading from a script.

When the reporter asks about her children’s reaction to the potential change to their lives, she repeats her key message, “I answer honestly. Inside we’ll still be the same people.”

Crossed arms, shifting gaze and fidgeting are just some of the non-verbal cues of someone who is uncomfortable. This could translate to public mistrust and leave doubt in the message that is being delivered.

From the way she leans forward in her chair, to her open legged-stance, warm smile and animated gestures, Sophie exudes an easy openness, which translates to trust. Not only do you want to hear what she’s saying, you believe her.